Welcome to my research assemblage! 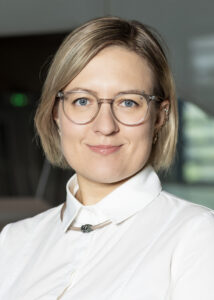 I am a sociologist researching social media and its implications on how we communicate with each other, engage in humanitarian activism in our communities, and influence the outcomes of military conflicts near and far.

I hold positions of a Lecturer in Digital Cultures and an associate at the Centre for International Security Studies at the University of Sydney. I earned my Master of Public Administration and PhD in interdisciplinary Social Science from Syracuse University (USA) and am the director of SICSS-Sydney – the inaugural Summer Institute in Computational Social Science in Australia.

I am an Editor of the Digital War journal and have a track record of publications on information operations, transnational mobilisation, and the use of crowds in open-source intelligence. My research has appeared, among others, in Big Data & Society, International Journal of Communication, Global Networks, Media, War & Conflict, and the Journal of Intelligence and National Security. I am also a domain expert and media commentator on the Russia-Ukraine relations and my work has been featured on television, radio, and in press articles, including on ABC, SBS, BBC, Bloomberg, Vox, LA Times, and others.

March 26, 2022 – Vox Missing Chapter, an award-winning video series that sheds light on overlooked historical events deep within marginalised communities has released a documentary based on my autoethnographic essay.

August 7, 2021 – presented a collaborative project with Brian McKernan,
“Those who craft the victory”: narratives of citizenship and social change in wartime Ukraine as part of the Culture and Narrative panel of the American Sociological Association (ASA) Annual Meeting.

July 5, 2021 – was part of a collaborative project presented at Networks 2021: a Joint Conference of Sunbelt and NetSci: Alexander, T., Liu, X., Bednarek, M., Boichak, O., Ross, A., Altmann, E. The impact of external events on climate action networks on Twitter.

February 17, 2021 – had my research featured in the National Tribune, as well as the University of Sydney news: Can bots influence elections with the ‘megaphone effect’?

January 27, 2021 – published a study in the International Journal of Communication: Not the Bots You Are Looking For: Patterns and Effects of Orchestrated Interventions in the U.S. and German Elections (with Jeff Hemsley, Sam Jackson, Rebekah Tromble, Sikana Tanupabrungsun)

December 8, 2020 – spoke at a panel on Drone Militarisms at the Drones Cultures Virtual Symposium. My presentation, Drone Countercultures: Militant Craftivism against Macroscopic Surveillance, explores networks of grassroots resistance in Ukraine.

December 2, 2020 – spoke alongside James Der Derian, Ron Deibert, and Daniel Deudney in the sixth 2020 Global Forum series: A Data Coup d’Etat? COVID, Geopolitics & Disinformation organised by the Centre for International Security Studies at the University of Sydney (link to recording).

November 19, 2020 – spoke at the Media @ Sydney Research Seminar Series on Mapping the National Web: Spaces and cultures of diasporic mobilisation in the digital age. In this seminar, I will explore hyperlinking behaviours among Ukrainian Canadians to map geographic, linguistic, and political boundaries of the Ukrainian national web (link to recording)

October 26-31, 2020 – presented a collaborative project on Networked narratives and transnational mobilisation in Ukraine’s Euromaidan protests with Dr Tanya Lokot (Dublin City University) at #AoIR2020, the Association of Internet Researchers conference. Also, was part of the organisers’ team for the Early Career Workshop that took place on October 23.

Digital War Journal (Springer) – I am an editor of this journal

School of Information Studies, Syracuse University – taught an undergraduate course at this school

Social Media Lab, Ryerson University – I was a Visiting Scholar here in Spring 2018